This is engine work on a 2002 Volkswagen Jetta VR6.  The VR6 engine is a brilliant engine design where the cylinders are in a ‘V’ design but the engine still only uses one cylinder head, instead of the traditional two heads that all other V engines use.

The ‘R’ in VR6 stands for ‘narrow angle’.  Rumor is that VW jumped on this when the patent for this design expired.  The VR6 first saw production in the VW Corrado, followed by the GTI.  It recieved mass acclaim from the automotive news press and was considered by many to have saved the hot-hatch market segment that was basically invented by VW’s first GTI – marketed in the US as the Rabbit GTI.

Here’s the cylinder head – it isn’t much bigger than an inline four cylinder: 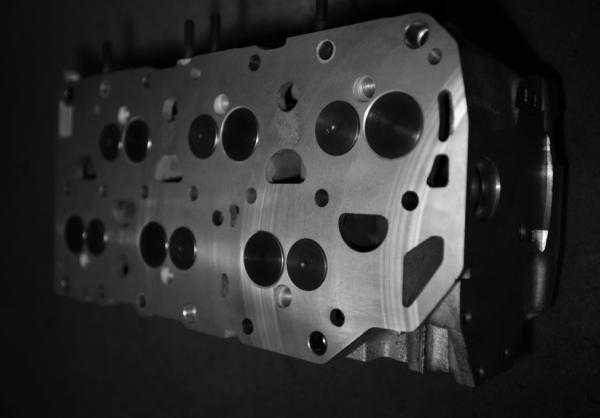 Note here that it is mounted transversely in the Jetta and again isn’t much bigger than a four-cylinder.

A common service challenge with the VR6 is the timing gear.  This engine came apart because it had blown a head gasket from overheating.  However, like many VR6’s with some milage on it, the timing chain guides were damaged.  If left unrepaired this would likely have caused timing chain failure and severe engine damage.

Here’s a shot of the old and new rear guide:

The complication with this engine design is that the timing chain is on the REAR of the engine.  So, to service the chain requires removal of the transmission.

Here’s the new guide in place.  Notice that the timing gear consists of two chains – an upper (hanging loose in this picture) and the lower. 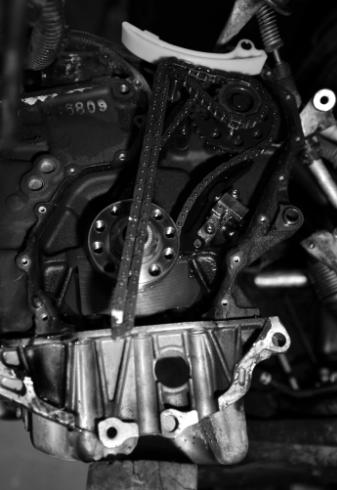 Notice the new (clean) upper chain guide installed?  The really unfortunate part about this design is that, to replacd this guide, the lower chain cover has to come off the engine.  This requires removal of the transmission and either the flex plate (automatic transmission cars) or the clutch and flywheel (manual transmission).

Here’s some shots of this engine going back together. 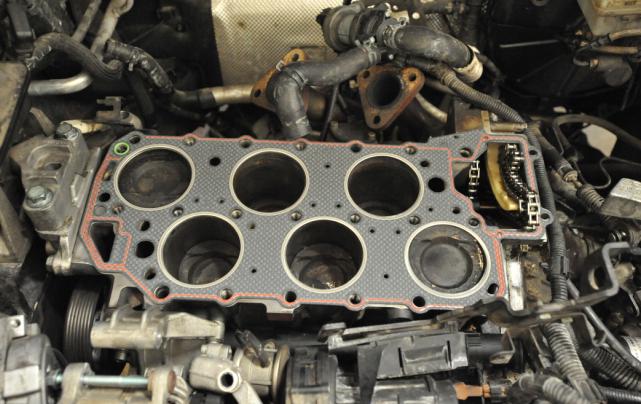 Head installed – notice the camshafts and the timing chain. 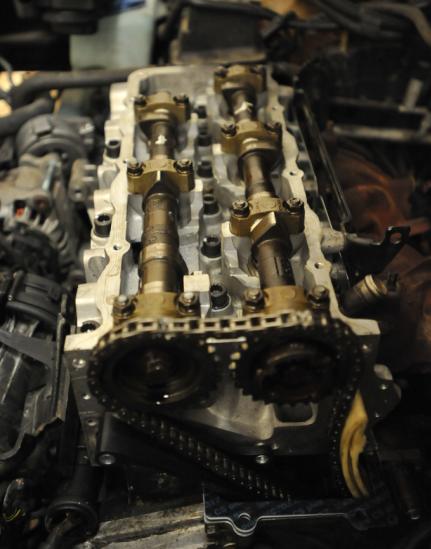 Here’s the head before installation of the intake manifold: 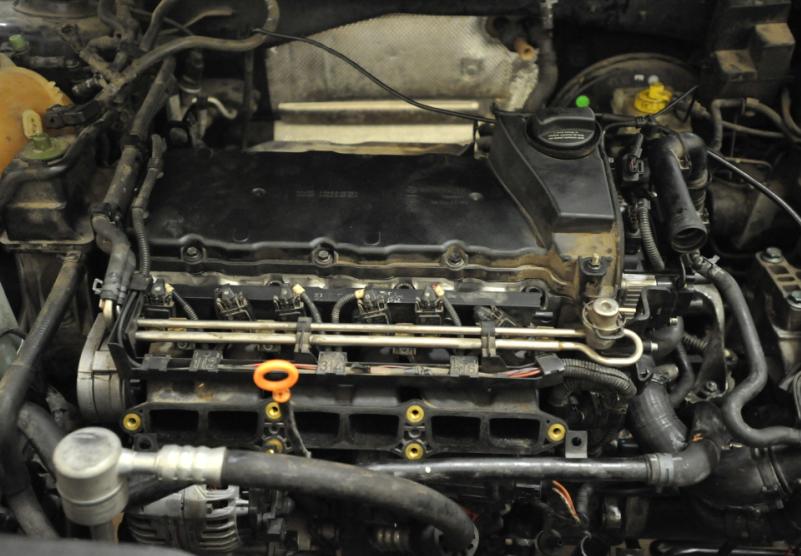 Here’s the Upper Intake Installed (Starting to look like an engine again!): 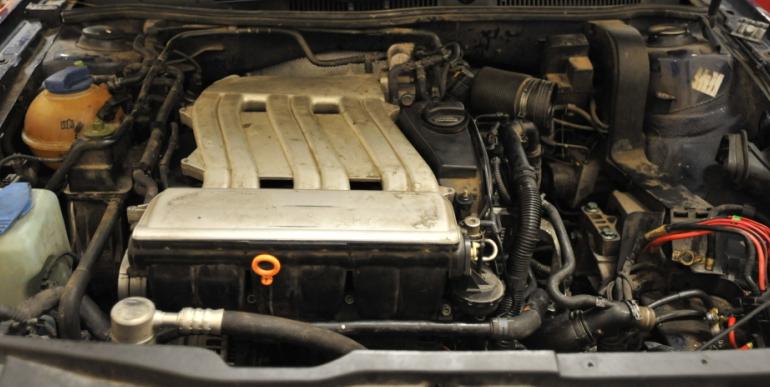 This particular VR6 is the simplier of the two main designs that VW made.  This one only has one camshaft per cylinder bank so it is technically a single-overhead-cam design (even though it ‘looks’ like a double cam design).  VW also made a double overhead cam version where the engine has a total of four camshafts.

Other derivatives of this engine design include the W design where two cylinder heads, both using narrow-angle pistons, are used.  This design made it into the W8 Passat.  There are also exotic W16 engines and other high power designs made by VW.