This one was a challenge.  Older European vehicles (1980s or so) can be particularly difficult to diagnose because they use a lot of modern technologies like fuel injection but they don’t have any computer diagnostic data so testing them requires testing components individually.  This was very true of this 1983 VW Vanagon.  It has a 2.0L flat-four engine with fuel injection and distributor ignition.  It was running very rough and lacked significant power.  (Something a Vanagon can’t afford to be lacking in!)  There had been other attempts to repair it including replacement of the airflow meter.  We started our diagnostics (after a test drive) by using an ignition scope – here’s what we found: 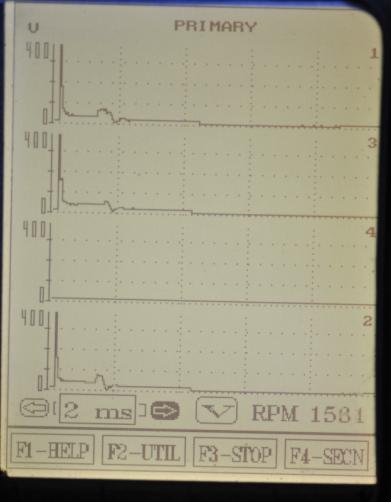 Notice something wrong?  Cylinder #4 (third graph from the top) has no ignition trace at all – none!  That was a surprise.  We swapped ignition wires and used a spark tester to verify what the scope showed us:  no spark going to cylinder #4.

So, next we popped the distributor cap and rotor off to physically inspect the distributor.  This van had an aftermarket distributor made by EMPI which eliminated the need to use ignition points (yay!).  Here’s what we found inside: 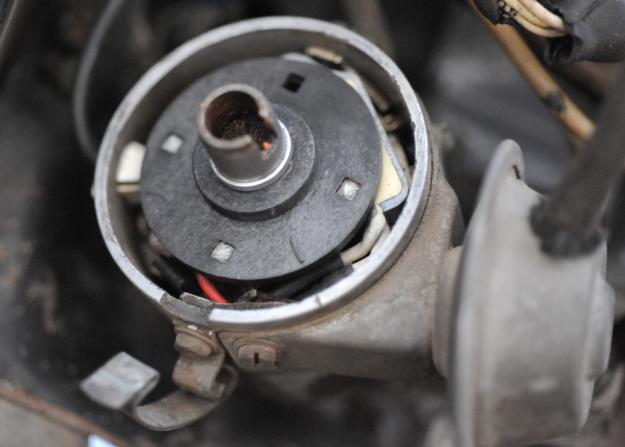 Notice in the top middle?  One of the magnets is missing!  We found the magnet inside the distributor housing, glued it back in and voila!  The Vanagon was suddenly running on all four cylinders.  After other basic engine adjustments the van’s power was back. 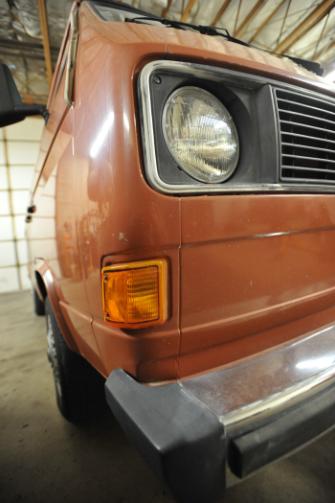