Have you seen a six-cylinder BMW (M54 engine) with the low oil pressure light coming on and off?  (The RED light in the dash).  You may have a bad pressure valve in the oil filter housing causing this condition.  Generally BMW’s engines are well-built and this issue isn’t super common but it does happen.  The fix is to replace the actual oil filter housing assembly – here’s some pictures of one we did very recently: 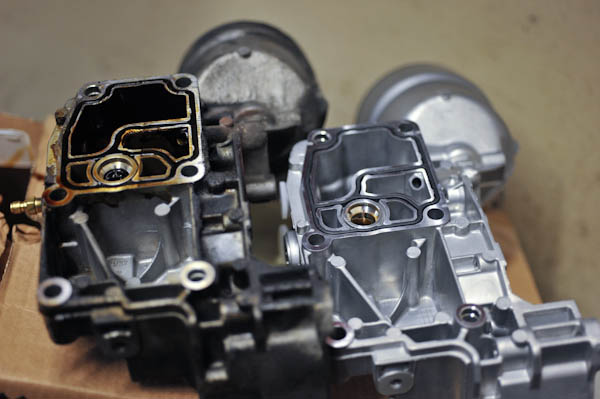 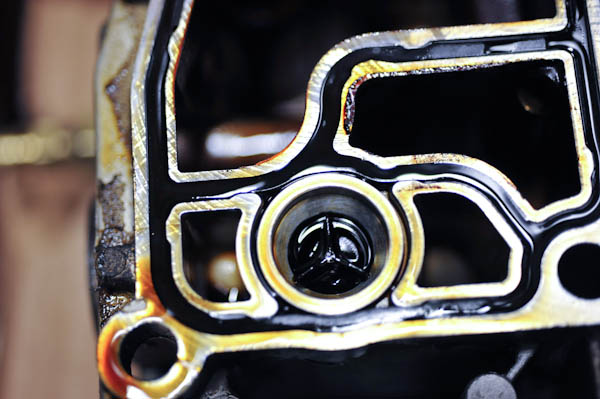 Notice how the valve looks ‘off center in the housing?  Compare that with the new assembly below: 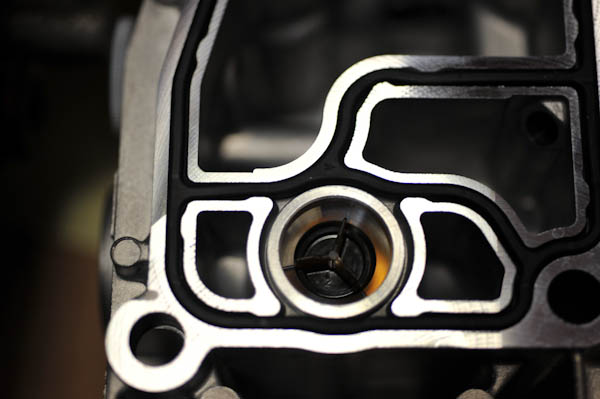 This isn’t too bad of a job to do – here’s a picture of the engine with the housing removed: 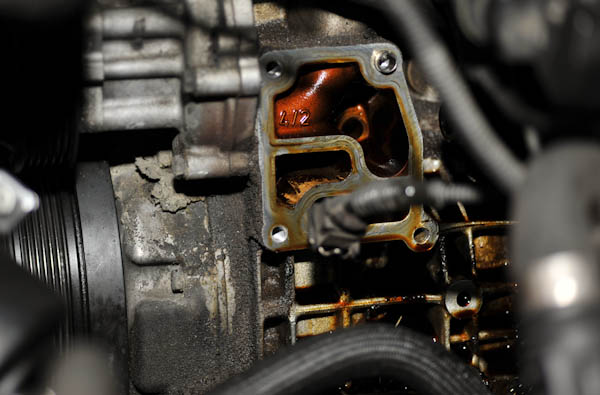