Here was an interesting one.  An M3 owned by a good client of ours came in with a rough running condition that happened suddenly.  When we got it it was clearly running very rough and misfiring badly.  We didn’t drive it much.  Checking the DME for codes we found misfire codes for all 6 cylinders as well as vanos / valve timing errors for both the inlet and exhaust camshafts.  We ran the vanos tests through the computer and it failed immediately.  Knowing that the S54 has a problem with bolts breaking on the camshaft pullies (and causing vanos errors) we decided the next step would be to remove the valve cover and inspect the cam pullies.  Valvetrain damage in this engine would get very expensive very quickly.  To our surprise the cam pullies were still on nice and tight – no play at all.  Next we checked the vanos assembly itself.  Although it was hard to see we found total free-play between the vanos oil pump and the exhaust camshaft. 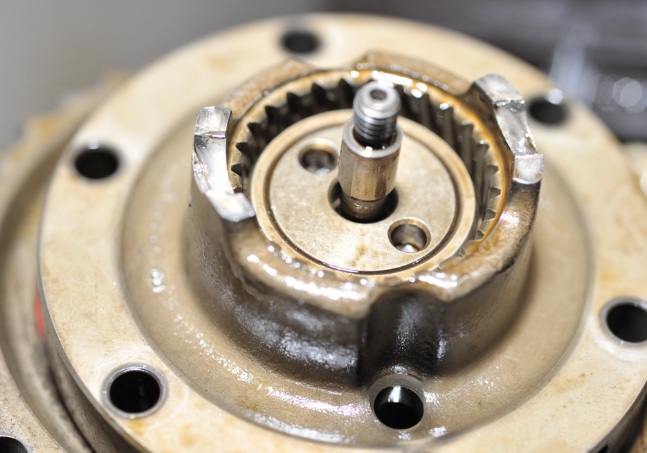 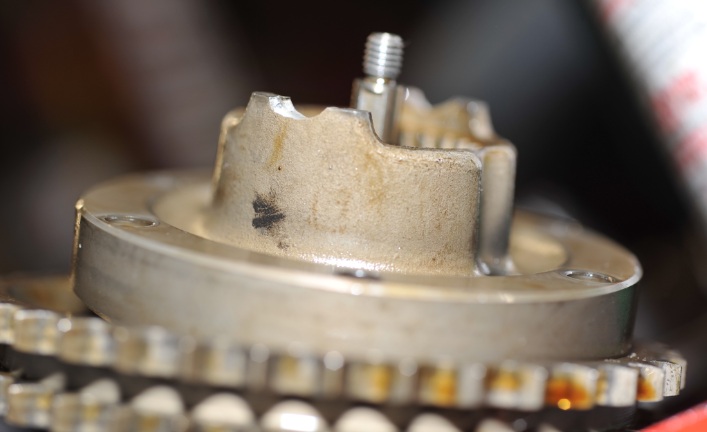 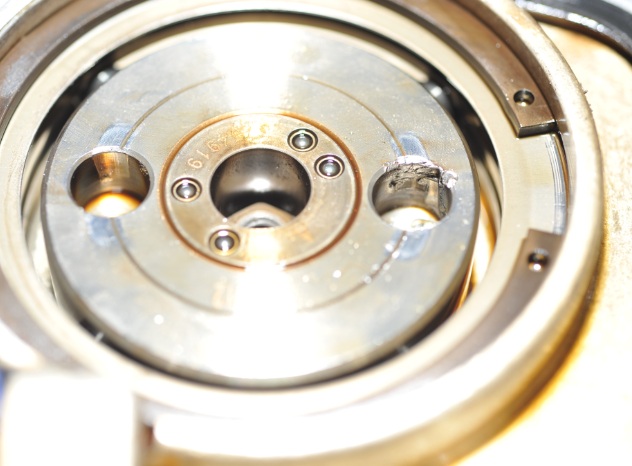 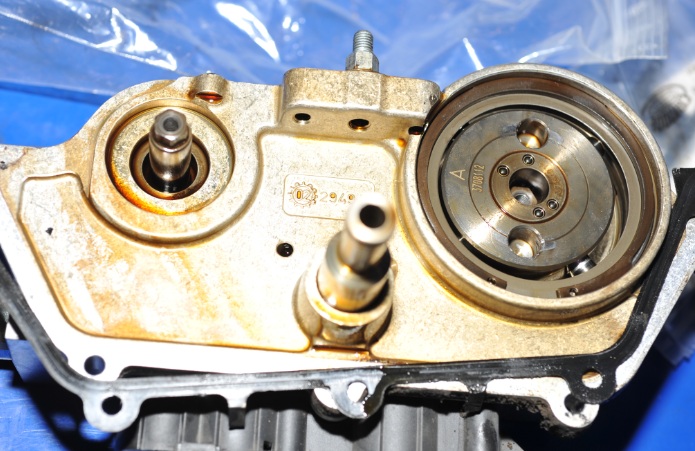 The repair required replacement of the Exhaust side pulley and variable valve timing adjuster as well as the vanos assembly itself.

Here’s the new Exhaust cam pulley next to the old one: 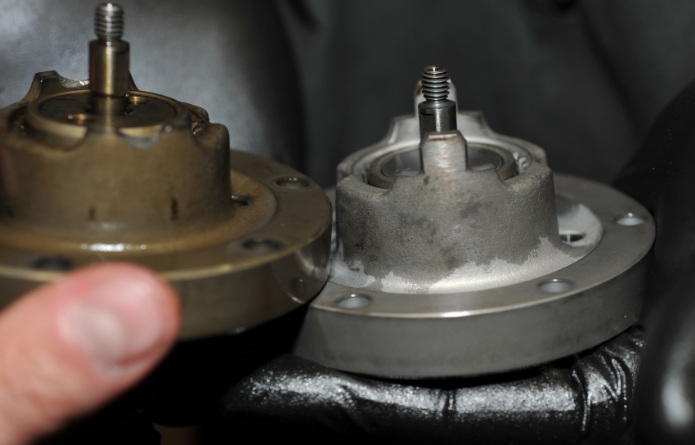 Servicing this pulley requires removal of the timing chain from the exhaust camshaft.  To do this we have to lock the lower part of the engine (using a lock pin) as well as the camshafts.  BMW have a special tool to do this: 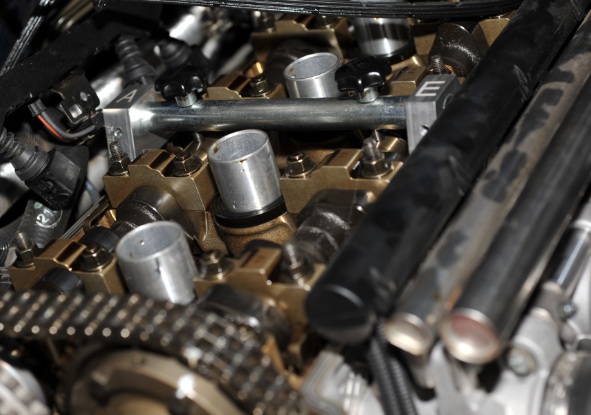 With the engine locked the service is relatively straight-forward… 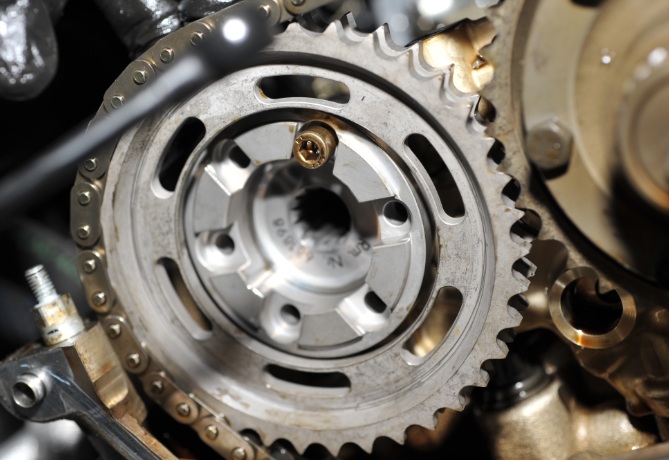 Since these bolts have a reputation for breaking we opted for new hardware (BMW have upgraded the strength of these bolts): 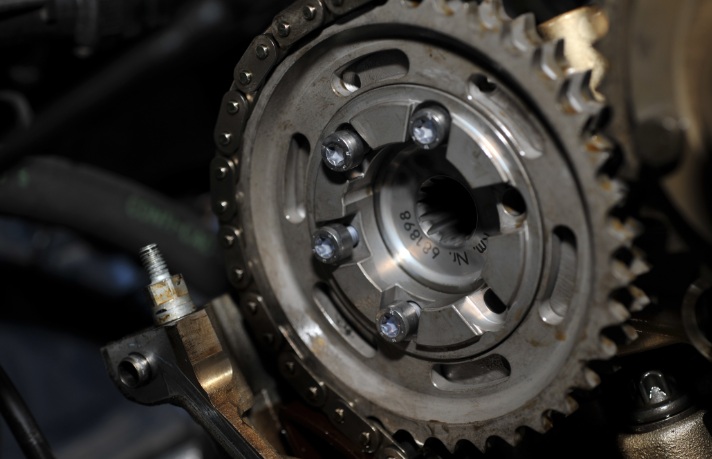 We updated the hardware on both camshafts: 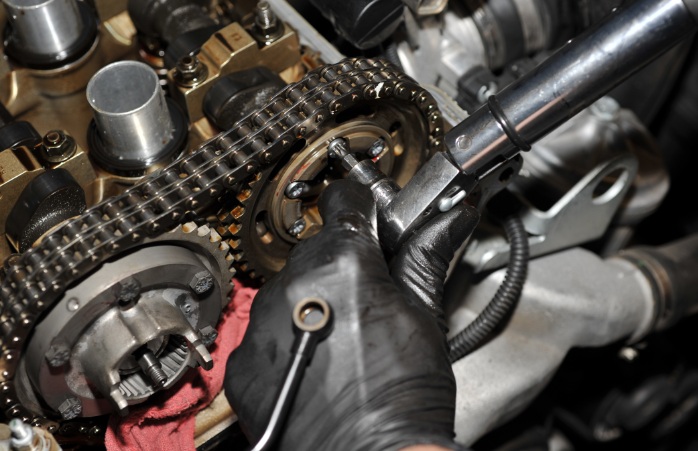 Our next step was to pull the engine oil pan to find any broken pieces of metal and make sure they didn’t circulate in the engine oil – here’s what we found: 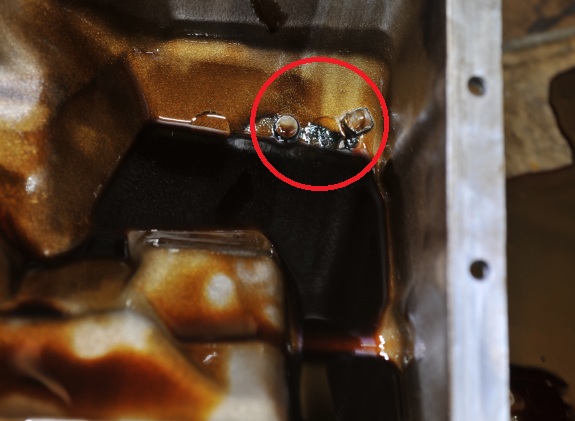 Verification that we found what we’re looking for: 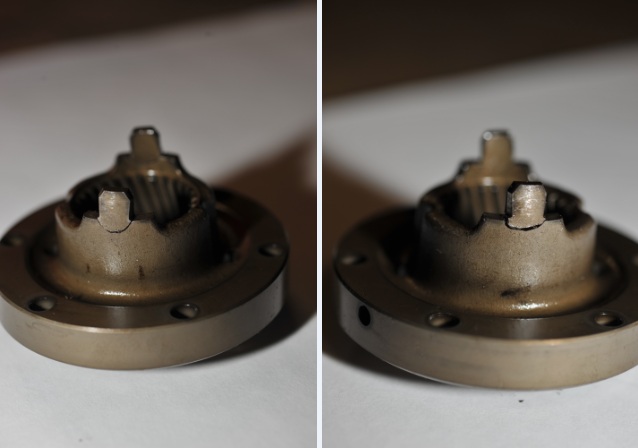 And then there was this part in the oil pan: 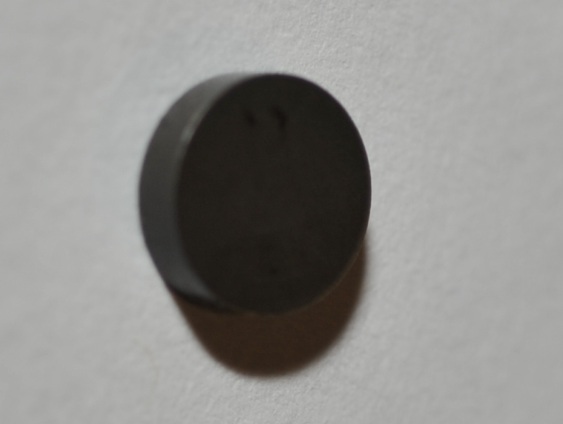 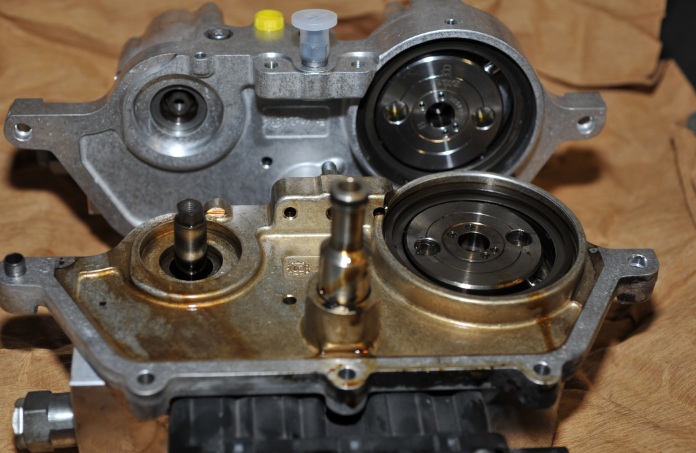 Once we got the engine back together we had a quick prayer for luck and started it up.  It started perfectly!  Got it up to operating temperature, ran the computer vanos test again – recalibrated the vanos through the computer and we were done!

We cannot take all the credit for this success however – we had GREAT help from Ramon LeFrancois of Bavarian Motorsport in Milpitas California.  He was an invaluable asset – thank you Ramon!