We are big fans of testimonials as a way to rate a business.  We are very grateful for our good clients who spread the good news about the service they have received from us.  Here are some sample reviews with links to the main sites containing testimonials and reviews of Integrity First Automotive:

“Honesty! How refreshing! We won’t take our cars to anyone else now.”

“My Car Is Like New Again! If you are not happy with your mechanic or your dealers mechanics stop by Integrity First Automotive.”

“I will absolutely be using Integrity First Automotive from here on out!

“Thanks to Integrity First Automotive my 2000 328i BMW is running smoothly and better than ever before.”

“Great job. I feel better about my car now. I enjoy your honesty. Thanks.”

“Integrity First Automotive has the tools and knowledge to competently service your Land Rover.”

“Integrity First Automotive has been servicing our cars for the past 10 years. He has provided continuous OUTSTANDING service during that time.”

“I have recommended Integrity First Automotive to my family and friends and do so to whoever reads this as well. You will be very happy with the service!”

“Super service on my Old Audi! It runs perfect now…”

“Excellent work on my Porsche! I tried this shop because of their internet reviews and felt I had to give them one also. Very knowledgeable, friendly, quick, and fun to work with. I really like them.”

“Integrity first automotive FIXED the automatic transmission in our 2003 GTI when everyone else, including the dealer, said it had to be replaced.”

“Clean facility with very knowledgeable staff. Got us in and out quickly and the car has never run better.”

“I have finally found an HONEST mechanic! They were fast, reliable and bent over backwards to make me happy.”

“My Mercedes runs better than it ever has thanks to Integrity First! They provide great service in a clean and friendly environment – I’ll never go anywhere else!”

Thank you cards and other Testimonials


Damian saved us thousands on a transmission repair. When we were having problems after a transmission service he researched the problem fixing it with out having to spend the thousands of dollars for a new transmission that the dealership wanted. We were so grateful for his time and happy not to have to spend the money we didn’t need to.  We have appreciated his honesty in all our dealings with him, and is the only one we will let work on our cars.

As the owner of a tool business, I meet a lot of mechanics.  Of them all, I have my vehicles and my family’s vehicles serviced by Damian at Integrity First Automotive.  Damian is great to deal with and dedicated to honesty in his industry.  He is very capable and fixed an issue with my wife’s Nissan that had stumped numerous other shops and technicians.  This problem, until we met Damian, had cost us over $1500 in ineffective repairs.  We have had our vehicles serviced by him since and, in the 5+ years it has been, have received the same great service and expert ability as we did when we met. 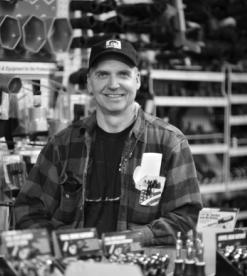 I have had my Toyota Matrix since January 2003. During that time it has been regularly serviced by Damian Shaw of Integrity First Automotive. Additionally, my mother’s Mercury Tracer, my son’s Dodge Neon, and daughter’s Ford Contour have all been serviced and repaired by him, as well.

In every case, we have been more than satisfied by the work he has done. Service has been performed promptly and problems have been correctly identified. Mr. Shaw has made recommendations for preventive maintenance which would not have occurred to me. By doing so he has saved me from more costly repairs. He has earned my trust.

I will continue doing business with him; and I recommend him, and his company, with out any reservations. The name of his company should not be taken lightly. He is a very competent technician and a very honest businessman. To me, these qualities are the essence of integrity. 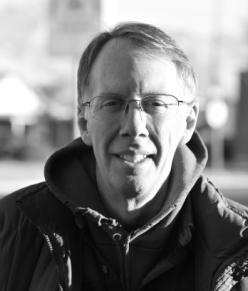 I first met Damian Shaw, the manager at Integrity First Automotive, when my wife’s car broke down in the parking lot of the school down the street from his house. We got the car to his house where he fixed the car that night and he had the car back to my wife the next morning. He has been my family’s mechanic since then. His expertise is only surpassed by the integrity with which he conducts his business.

His efficiency is most appreciated by my wife and our five children who just can’t afford to be without the family car for very long.

My family is now relocating to another state, and I think, more than the family we are leaving behind here in Utah, I will miss my mechanic at Integrity First Automotive.

Just before Christmas our 2001 Volvo V70 begain to have problems. We brought in to your shop and were introduced to a kind man named Damian. He was very helpful in helping us fix our car, especially knowing that we were heading out of town and needed our car. The car was fixed, we made it home for Christmas, and haven’t had issues since. I am currently graduating college and don’t know where I will end up. But, if I stay in Utah I have found a mechanic that I can trust. Thank you for your service and efforts. We are so appreciative for Damian who helped so much.

Damian is excellent, truthful, to the point, and accurate. I appreciate the attention to detail and meticulous care you take with my BMW.

in Reviews and Testimonials 0 comments