Scanned vehicle and found the following faults In the Engine control module (DME): 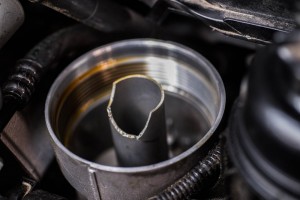 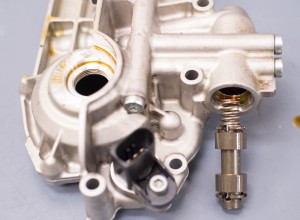 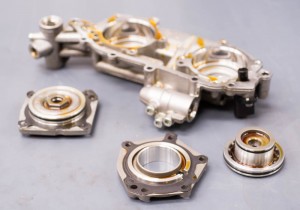 Replaced the VANOS Unit with a rebuilt one and test drove the car and reran the VANOS tests and the car is performing well now.

The client confessed to doing his own oil change and not being able to remove the oil filter cap.  As a result excessive force was used on the filler cap causing the internal metal flange to break.  Had he then replaced the oil filter stand before proceeding further the vanos would probably not have been damaged.  This is one of those tougher lessons to learn about not ignoring something that is broken.  End result was good:  the car runs well now.  Had more metal circulated through the lubrication system there could have been much more extensive engine damage.  Great work Tyler on figuring this one out!