Audi timing belts are always impressive looking jobs.  They’re actually more bark than bite but, as these pictures will show, they do look like a pretty difficult job.  They’re not as bad as they look.

So roughly here’s the procedure to do an Audi’s timing belt.  The pictures in this article are for a 2.7T (twin turbo engine found in the Allroad, the S4, and the A6).  Other Audi V engines are very similar in their service procedure and the 4-cylinders are somewhat similiar too.

1- Get engine to TDC cylinder #1 on the compression stroke.  There is a lock tool for the crankshaft that can be installed (it threads into the transmission’s bell-housing) but most technicians find this unneccessary.

3- remove vehicle’s front clip – the bumper, grill, and the radiator support assembly.  Note that the a/c system doesn’t have to be evaculated – the condensor can be just ‘folded’ off to the side without removing any lines.  **This is the step that scares a lot of people who haven’t done the job before.  The truth is Audi built these cars to have the front clip come off easily so don’t be afraid.  Be careful not to scratch the bodywork or damage a fender.  Also, technicians who have done this job more have found that they can save time by not always removing the front clip competely.  Consider this as a short-cut if you think you can get away with it.  My favorite trick is to bring a padded chair in front of the car and rest the bumper on it.

4- remove the drive belt and any tensioners, pullies, etc that are in front of the timing belt covers

5- remove the timing belt covers.  Note that they come off and go on in a certain order / they interlock.  You also have to pull the main crankshaft pulley to get the lower cover off – there are 6 or 8 or so hex-head bolts that hold it on.  Remove them and pull the pulley off.

7- remove the hydraulic tensioner and compress and lock it using a pin.  Remove the tensioner pullies and the belt

8- replace the waterpump and the thermostat.  Note – this isn’t absolutely necessary but it is a great cost-saving step since these parts will probably need replacing before the next time the timing belt is due anyway

9- Replace the pullies.  IMPORTANT:  the tensioner pulley has a known defect  – the bolt that holds it should NEVER be reused.  It can and will snap later and cause big problems.  If you buy a replacement pulley buy it from a professional supplier – if you do it will come with a new bolt and with installation and torque instructions – follow them carefully.

12- if available, set the cam timing using the timing tool.  Not totally necessary but recommended.

16- fill and bleed the cooling system 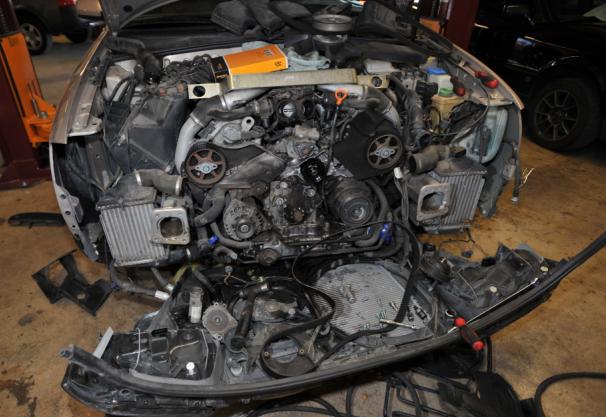 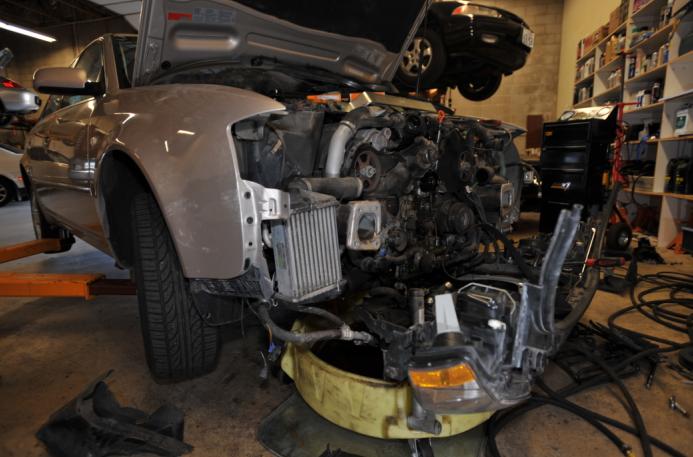 Bad Idler Pulley – This engine was luck to survive with this pulley like this: 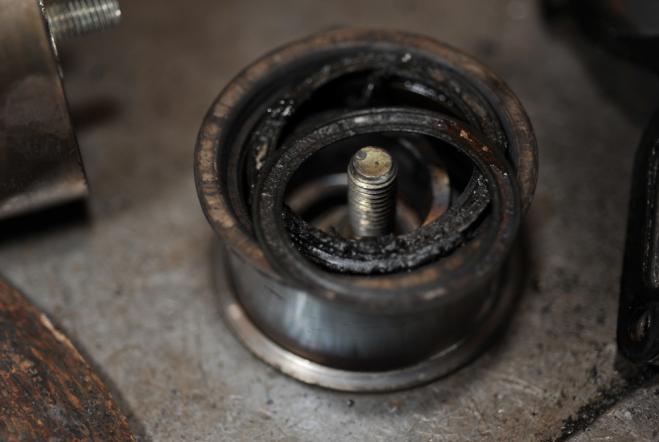 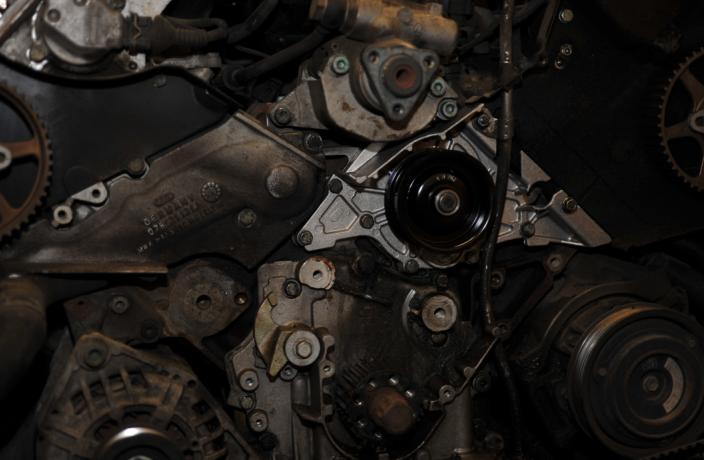 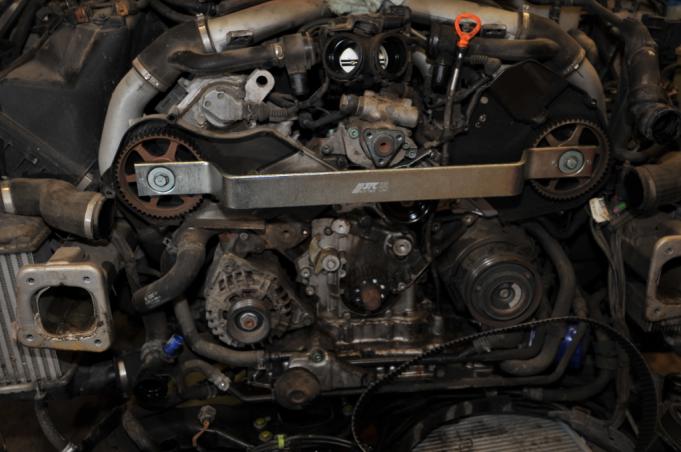 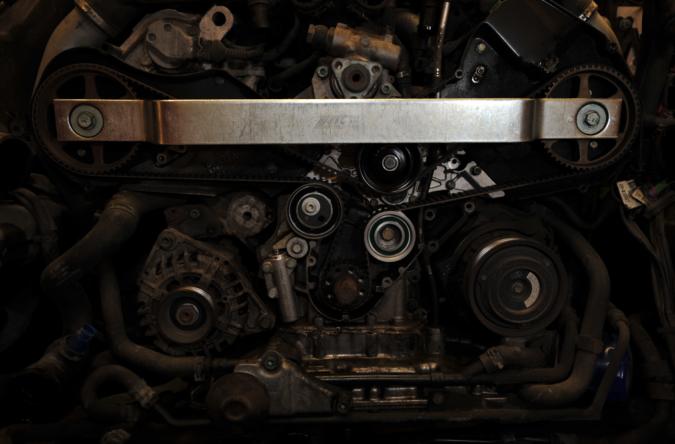 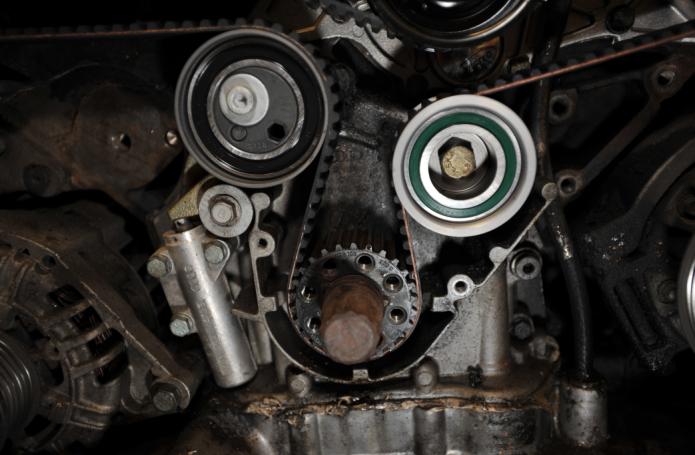